The Donlin Gold Mine Gas Pipeline 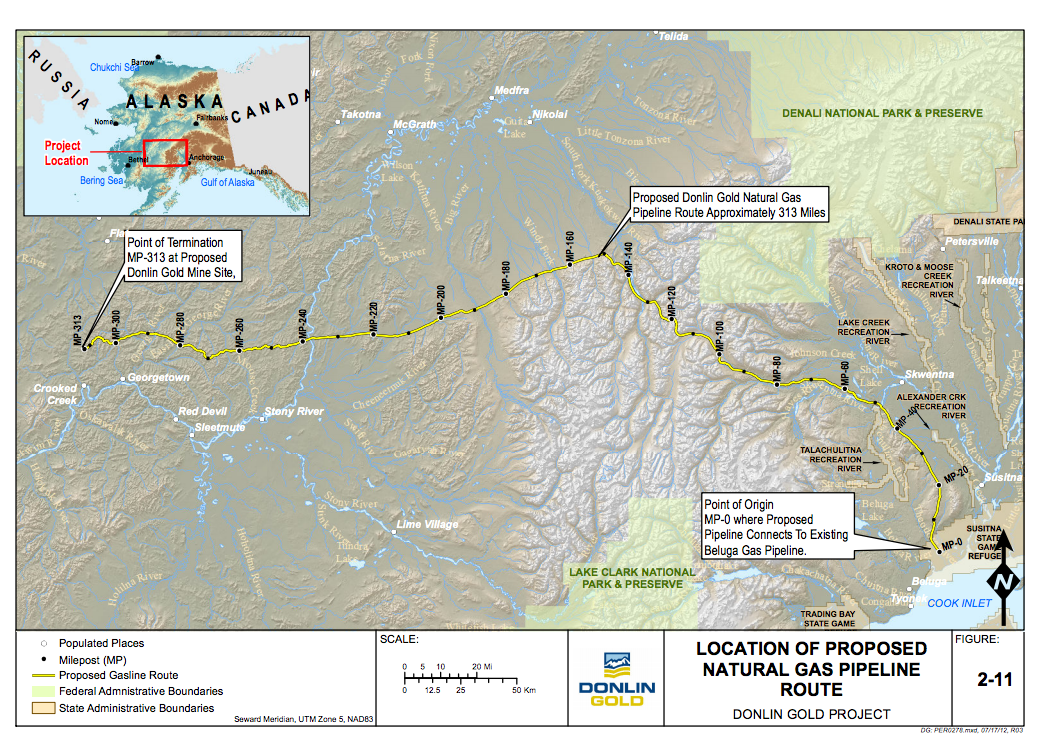 BACKGROUND:  The proposed Donlin mine along the banks of the Kuskokwim River in southwest Alaska would be a massive open-pit gold mine.  To power the facility, Donlin plans a 315 mile-long natural gas pipeline from Cook Inlet through the Skwentna, Yentna and Kuskokwim drainages. These areas support important subsistence, sport and personal use fish and game resources, and feed commercial fisheries downstream. This pipeline would trench through hundreds of salmon streams, draw from over 45 new sand/gravel pits, and open a new 150 foot-wide corridor connecting southcentral and southwestern Alaska.

TAKE ACTION:  The Alaska DNR is now taking comments on the right-of-way (ROW) lease needed to cross approximately 207 miles of state lands along the 315 mile-long corridor.  Donlin consultants found fish in 174 of 576 streams to be crossed, though that number is likely low. The law says DNR must find Donlin can “prevent any significant adverse environmental impact, including but not limited to … damage to fish and wildlife and their habitat.” AS 38.35.100(a)(3).  ADFG, however, notes stream crossing may cause increased sedimentation, bank erosion, migration disruption, fish egg mortality, loss of habitat and changes to overwintering areas. DNR says Donlin will address the details around fish and fish habitat protection later in the permitting process, but that makes little sense when the law says DNR must show Donlin can protect natural resources as a condition of receiving the ROW authorization. To date, the state has ignored requests from Tribes for consultations prior to the issuance of the ROW and other significant permits and authorizations.